Yoga, a way of life in which a person does a set of physical exercises in a predefined way. Yoga can be done in as many ways as it is available in as many styles. There are many styles of yoga that have been taught and practiced by sages and saints for ages, in India. We will now uncover and talk about most well known yoga styles. 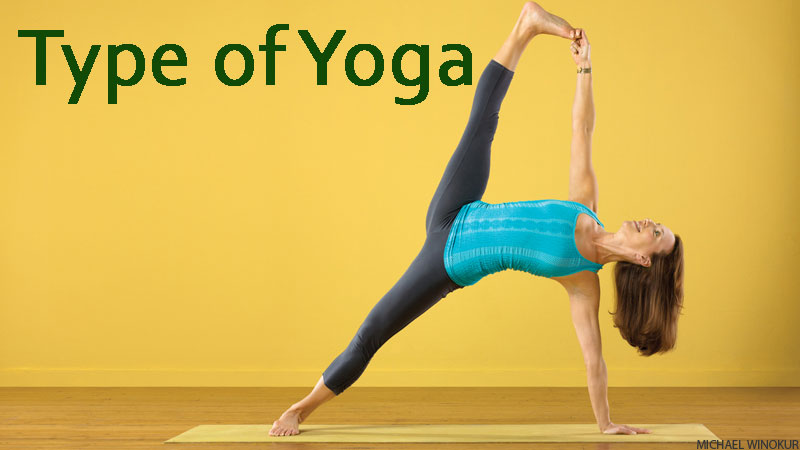 The different type of Yoga:

Hatha yoga is an old traditional practice of set of exercises or poses in a slow but focused manner. It has six limbs namely asana, pranayama, pratyahara, dharana, dhyana and Samadhi. It helps preserve the life force or ‘Prana’ in us by channelizing internal energy.

Vinyasa is a Sanskrit term used for doing a certain style of yoga, which usually involves transitioning from one yoga pose to another. It is done in a sequential manner that interlinks one posture with another in a continuous flow. It creates a movement meditation that is done throughout yoga practice.

Ashtanga style of yoga was discovered by K Pattabhi Jois in 1915. This yoga style involves synchronizing your breath with a progressive series of postures that includes producing intense internal heat, purifying body through sweat and detoxifying muscles and organs. The result is improved blood circulation, light yet strong body, and a calm and peaceful mind.

The Bikram style of yoga is done with consistency. It has twenty six postures and two breathing techniques, each of which should be performed twice. It is done for 90 minutes at room temperature of 40̊ to 42̊ celsius.

Iyengar yoga was introduced to the world by BKS Iyengar of Pune. In this style poses are held for longer durations and focus is on correct muscle-skeletal alignment in each asana. Iyengar styles also uses props such as wood blocks, straps, ropes, chairs and blankets.

Anusara isa bit different style of yoga which has to be felt and accepted the way it is. Students in this style are taught to express themselves through poses to their fullest ability. It includes alignment, attitude and action.

Jivamukti is basically a combination of two different styles of yoga. It resembles Ashtanga yoga in Vinyasa Flow style while doing poses. Each class begins with a warm-up sequence and inculcates weekly themes, meditation and mantra chanting. Its poses are usually fast paced and include twists, turns, inversions, bends, meditation and relaxation.

It is a highly individualized practice in which a person adopts poses and sets goals for himself on weekly basis, according to his/her needs. Vini actually means adaption, application and differentiation instead of focusing on stretching and bending.

Sivananda yoga is a style founded by Swami Sivananda which usually begins with Savanasana, kapal bhati and anulom vilom pranayama, followed by some sun salutation poses. Next come the 12 poses of Sivananda style, which are designed in such a way that they will strengthen and make your spine flexible. Mantra chanting and meditation can be part of a full length sivananda yoga class.

Restorative yoga is a gentle, relaxing and passive style of yoga that allows students to relax and release the body into a gentle stretch, which is held for atleast 10 minutes. This style uses a lot of props such as wood blocks, straps, rope and blanket. This is done to provide support to each pose to make you let go of any self restrictions. It usually has 4 to 5 simple poses that are mostly modified versions of standard asanas.

Kundalini yoga includes repeated movements along with dynamic breathing techniques, mantra chanting and meditation. Each repeated exercise is referred to as kriya. These movements are often synchronized with breathe. This yoga style is aimed at awakening the energy at the base of the spine and to push it upwards through each of the 7 chakras present in our body.

Yin yoga is a slow-paced style in which each pose is held for at least 5 minutes or more. Though it is a passive form of yoga, yet it can be very challenging considering holding the pose for longer durations. The purpose behind this is to apply moderate pressure to your muscles, tendons, fascia and ligaments. This helps increase circulation in joints and improves the body’s over all flexibility. You need to be patient, calm and composed to practice yin yoga.

Different type of Yoga and their benefits [ 12 important type Yoga ]